CHECK US OUT AT: http://delawareliberal.wordpress.com/ 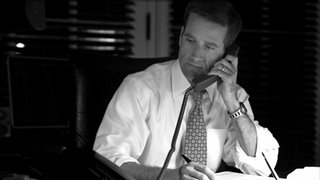 I could flip a coin and decide who I am going to vote for AG, or I could base my vote on something more meaningful.

While I try to avoid the inane abortion that is the "Lies & Yokels" radio show, I heard them praising Ferris while I was in the car again and the arrogant stupidity was overwhelming. Not only that, it was the exact same arrogant stupidity (even, I'd say, down to the wording) that I heard months ago. I could only imagine that they have been polluting the airwaves with their unhinged Ferris sycophancy and Biden hatred steadily for months.

Checked with some people who manage to listen to that crap confirmed my assumption. (Ferris must owe WDEL over $500,000 for free advertising.) So, as a lover of democracy and a sworn enemy of MSM control of civil debate, I'm voting to piss off Fulcher and Jensen. Go Biden!
...................................
NOTE: To wrap this up I wanted to provide a link to someone at WDEL or Delmarva Broadcasting company in the event that anyone wanted to alert management to the sickeningly over the top partisanship of Fulchsen.

All I could turn up was a little information about a shadowy figure known as Julian H "Pete" Booker. Booker appears to be the President of Delmarva Broadcasting and the President of the Wilmington Rotary. He is a RNC contributor and other than that he has a very low web profile. If anyone knows anything about Mr. Booker, I'd be interested in hearing about it. I'll keep looking at if it appears that Booker is a Wharton contributor - maybe the Department of elections should know about all the free advertising he is giving to the Wharton campaign.

Maybe if Beau Biden had appeared on the show in the first place it wouldn't have come to this. What is Biden's motivation (or lack thereof) for not appearing on the show? Why does he show up to so few debates? Even still, the debates at which he does show up, why does he often skip the before-the-debate meet-and-greets and show up two minutes before the debate? I think these are great questions. I think Beau is ducking. I think Beau doesn't know what the hell he's talking about, quite frankly. And -- finally -- I think Beau should just hang it up and wait to play politician for when Daddy retires or becomes president. Because even I'll admit that I think Beau has AWESOME potential as a politician representing Delaware. As an AG, I am not convinced he will be half as effective as Ferris Wharton. And that's how it boils down...

Showing up or not showing up on the rick and gerry show is hardly a measure of creditability, mostly because rick and gerry have none. Thats like saying a presidential candidate didn't agree to be on limbaugh and for that they are not credible.

Maybe if Beau Biden had appeared on the show in the first place it wouldn't have come to this.

I don't buy that. They were trashing his ass from way back when it looked like RAM was going to appoint him. I don't blame his for not going on that "show". What is the upside for him ?

What is Biden's motivation (or lack thereof) for not appearing on the show?

What would you motivation for appearing be if you were Biden? You could be the smartest guy in Delaware, but when three guys (two of them retards) are trying to trip you up - you are not going to benefit from taking part.

It would be like Michael Castle agreeing to be interviewed by me. (Wenky- call me.)

Would you be bitching if the roles were reversed, Jason? I think there's a clear, principled argument made here and I think you're merely playing the role of partisan in your response.

You know I don't give a crap about Biden. I have not said shit about this race (other than noting (maybe twice max) that Crossan his hurting his guy). Early on I said I liked Biden once, but never followed up on it. I seriously don't give a shit who wins. This race is bullshit. I could flip a coin.

However, I have zero respect for Fulcher. He is a flat out liar, so I'm sure I would not have a problem with anyone passing on his "show". Infact I give people who ignore that ass points for common sense.

You don't give crap about this race, yet not too long ago you had many "St Ferris" postings. I guess that was during your "bored" period.

Beau Biden is a pansy. If he felt like he was being beat up by Rick & Jerry he should have showed up to defend himself. That is exactly what his father would have done and that is exactly why he will never be his father. Beau needs to learn how to be a man and take the punches instead of acting like a martyr. You'd think he'd have learned that growing up in the biden househoeld. I;m a true blue D but I'm voting for Wharton. THat's my protest vote against obnoxious candidates.

A reliable rule of thumb is that when someone says they are a "true blue dem" they are a Republican.

Not long ago? Please. That was a lifetime ago in blog years.

Jason, Nice try. Just because I think someone who is inordinately qualified deserves to win over a legacy candidate does not make me a republican. Democrats are the reason republicans win in Delware. Find a new "rule of thumb."

I'm voting against Fulchsen. You follow your own heart.

You're going OFF THE EDGE in your little "note" addition. Have you met both Jensen and Fulcher? I have. And both are sincere when they say they've been BEGGING Beau to come on the show for months. That's ALL that can be done. Beau is not interested. Therefore, under communications law, the station isn't committing ANY crime. The onus is on Beau. He's been invited. That's all that can be done. Talk show hosts working for private employers can essentially say whatever they want. Ever heard of Rush Limbaugh? Al Franken?

I've got to say, I feel Rick and Gerry's show is actually one of the most balanced in the area. They ALWAYS have Dems and GOP on the air to debate the issues. The question -- again -- is why has Beau denied the offer? Rick and Gerry have only whipped open this can of abrasiveness because of Biden's hissy fits. Again, you're reaching here by attempting to connect the "shadowy figure" Booker to the two on-air personalities. Really reaching.

Again, it's not free advertising. I enjoy a good amount of cynicism myself, but cynicism has to -- in the least -- make some sense. And I don't quite follow yours. I think you're playing up the partisan angle to the hilt. And you know that gets no one anywhere.

We have two very different takes on Fulchsen. Gerry Fulcher lied to me off air to get me to go on the show and talk about PDD then totally sandbagged me with some bogus quotes that had nothing to do with PDD but were attacks on my personal integrity.

Other's have reported the same kind of treatment to me. He is a low-life and when it comes to Biden that comes through loud and clear.

Jensen is the Program Director at WDEL so an email to him would be pointless - so I went looking for someone else to send an email to. That's all.

OK...an awful experience on your part. But what about the points I made?!? The major gist of my post wasn't that I like Rick and Gerry and that you should disagree. There were quite a few other points made to dispute your "note."

By the way, The News Journal astoundingly endorsed Wharton today. I guess partisan-homeboy Ron Williams isn't so powerful after all.

Let me see. The Wilmington News-Journal is owned by Gannett Publications. Gannett is a huge publisher with newspapers across the country. It behooves Gannett to have a weak FCC. Therefore it is likely that the local editorial board will favor Republicans over Democrats every time. So far, they are following this pattern. I don't count their endorsement of Carper the DINO. It's a shame and a pity. Thank goodness for blogs.

I applaud Biden for NOT going on the show. The bias is so steeped in that little studio that it would be a fools move for him to go on the show. The show they do is entertainment and should be considered nothing more. It is not a credible forum for a debate.
I'll stick with my vote for Beau and predict he wins....

Who do you think Beau is talking to in that picture?

Is he calling Daddy Joe for help?

Interesting. I learn something all the time. Thanks and visit us at Helping You SafeList